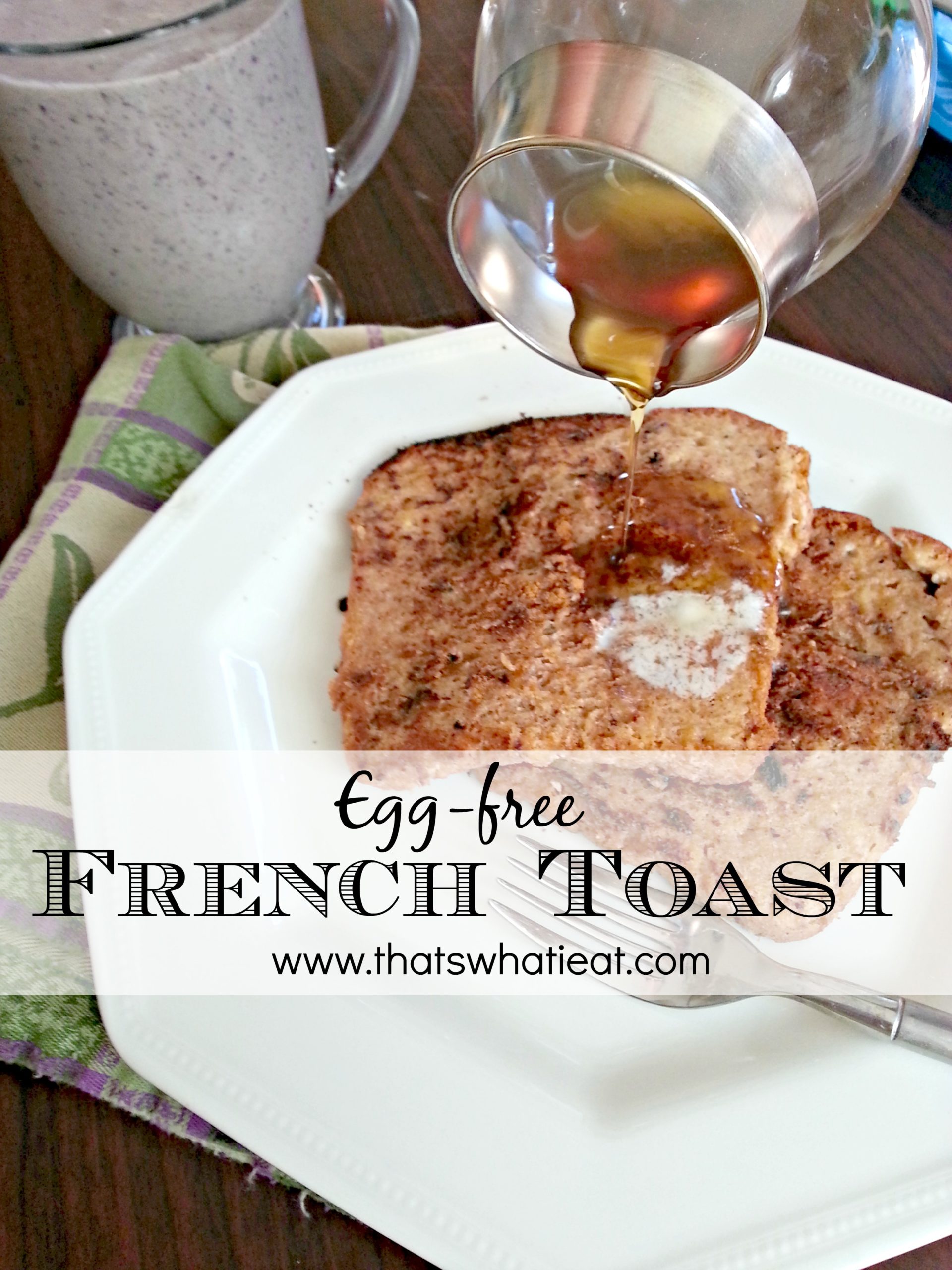 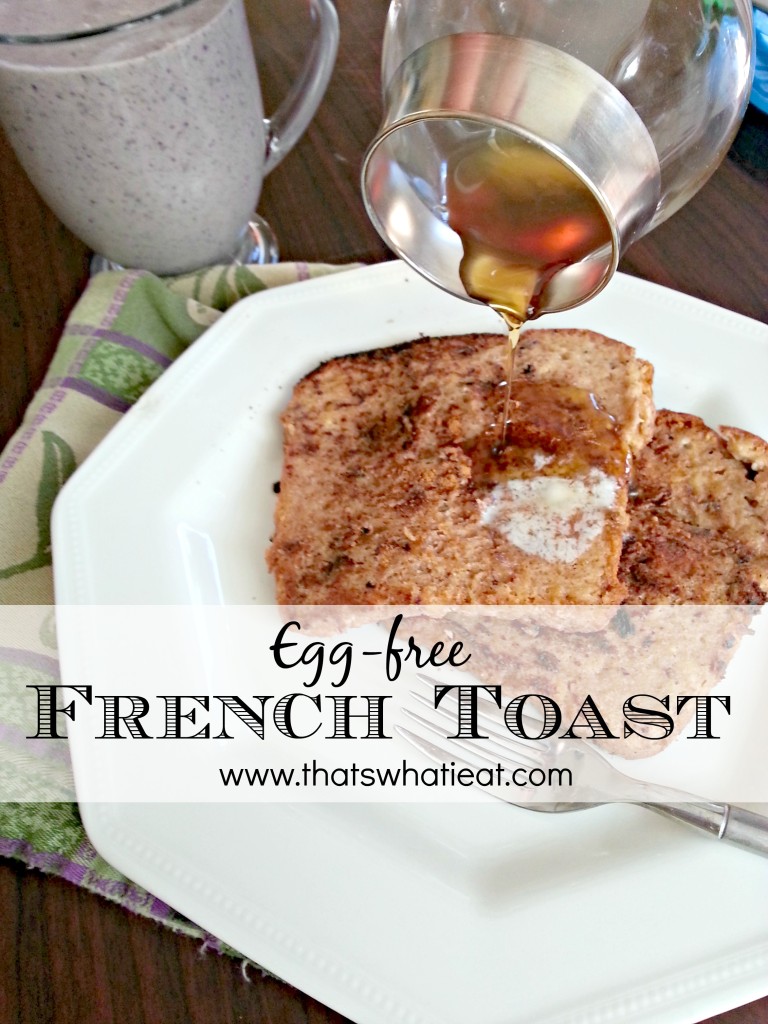 Drooling, yummy!!! But we’ll get to that in a second. First, I want to tell you about this great book that I found. 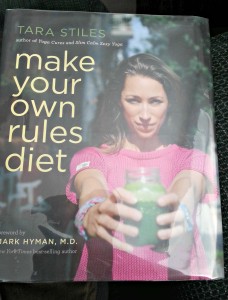 And here’s where I make a little confession. You should know by now that I’m in love with the Tracy Anderson Method. I have been doing her programs for a long, long time and have seen great results. But here’s the thing. Every once in awhile my body just begs for yoga. I occasionally need a good stretch and to test my strength in some yoga poses. One day while playing on YouTube I came across a series of yoga videos by Tara Stiles, and I loved them! I loved her whole philosophy on yoga and life, the philosophy of approaching the poses, and everything else, with ease. Shhhh, don’t tell Tracy that I have cheated a little bit. It just sometimes feels so good to get in a good stretch! Here’s an example of Tara’s stuff:

Recently she came out with a new book called Make Your Own Rules Diet. This book is a combination of wellness philosophy, yoga routines, and recipes. I love this book! She did such a great job showing how to listen to your body and how to be kind to yourself.

And while I was reading this book, I noticed something that really piqued my interest. You see, with my 7-year-old daughter’s egg allergy, it had been a really, really long time since we had French toast. I had tried a few different recipes over the years, but never found one that I liked, so eventually I just gave up on the idea of French toast.

Isn’t that the saddest thing you’ve ever heard? No more French toast ever? It’s inhumane, I tell you!

But in this book, Tara has an egg-free French toast recipe that is super simple, so I just had to give it a try! I made a few changes because of ingredients I had on hand. Apparently, although she doesn’t say so, Tara is a vegan, and so she gives nondairy options, and I totally un-veganized it and added that dairy right back in!

I couldn’t believe how simple this recipe was!

The batter is simply two bananas that I blended in the blender with one cup of milk (she suggests almond milk, but I used whole milk from grass-fed cows). 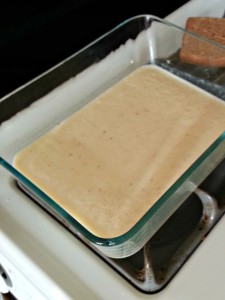 You can use any type of bread you have. We used a great whole grain bread from a local company, no preservatives or crazy ingredients. Good stuff! 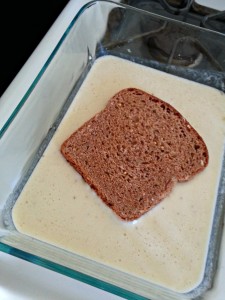 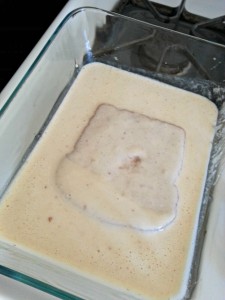 A sprinkle of cinnamon really makes it, yum! As a side note, use lots and lots and lots of butter in the pan (or coconut oil or other healthy fat if going non-dairy) because this stuff is so super sticky! It’s going to make a mess no matter what, but lots of butter seems to help. 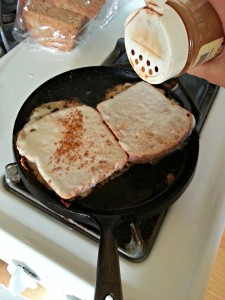 Now, this isn’t exactly the same as regular French toast. It definitely tastes like banana, and it doesn’t really make the same crust on the outside. But hey, this is as close as I’ve found, and my kiddos sure adored it. 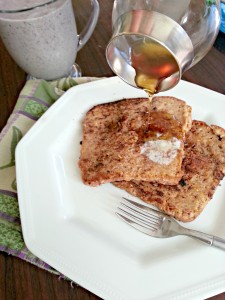 Here is my modified version of the recipe, you can find the real thing in the Make Your Own Rules Diet book, page 193.

Egg-Free French Toast, and the Make Your Own Rules Diet - A Book Review