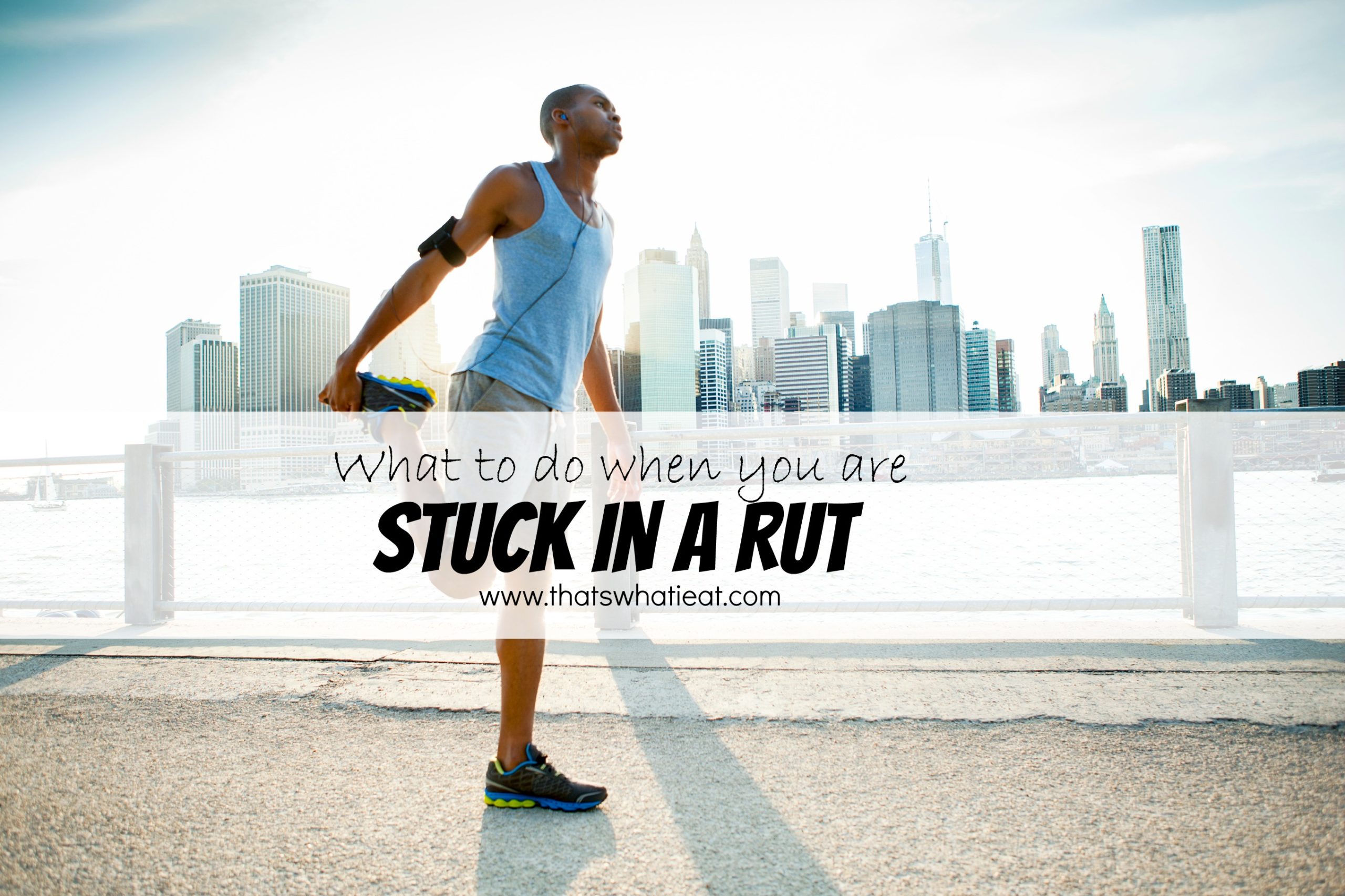 I have a confession. I’ve been stuck in a rut. Stuck, stuck, stuck! I have been repeating some levels of my Tracy Anderson Method Continuity and while it’s kind of fun to go back, it’s also easy to get bored with each level faster. I also haven’t been as consistent as I should have been.

My eating has also gotten stuck. I find myself eating the same things over and over. They are good things, but I can feel some old habits wanting to creep back in, especially during the holidays.

In the past, I would have gotten frustrated when going through my rut. I would have given up, deciding that I’m just not cut out for this. Instead, I have now learned what to do when I’m stuck, and how to get back on track quickly.

First thing, throw a little variety into your exercise. That is one thing I love about the Tracy Anderson Metamorphosis program, I love that it changes every 10 days (yes, I need to order more so I can quit whining about repeating the levels). What do you like to do for exercise? Is there something new you would like to try? This is a great time to do it! Go take a new class, buy a new DVD, or even just take a new route on your regular morning run. Anything different can bring back the newness and excitement! If you are looking for something new without much commitment, there are tons and tons of videos on YouTube to try, that is a great place to start!

Second, try a new recipe or two! I love Real Plans meal planning system because it helps me to try things I may not have tried before. I get to experiment with a good variety of recipes, without having to spend the time or energy searching for them, and with someone handing me my shopping list. All the hard work is done! Plus, eating at home is healthier, and can save you tons of money. The best news is that you can try them out for free for two weeks. Even searching Pinterest for a new recipe or two can help you get out of your rut. I love trying new things and finding new favorites!

And lastly, keep your chin up! In years past I used to think that if I messed up, I just must not have been cut out for this being healthy business and then I would give up. A few months later I would decide to try again, but my inconsistency and lack of knowledge of how my body worked kept me trapped and hopeless, and soon I would give up again. Now I understand that setbacks are simply a part of the process, not a deal breaker.

Have you ever found yourself stuck in a rut? How did you get back out?